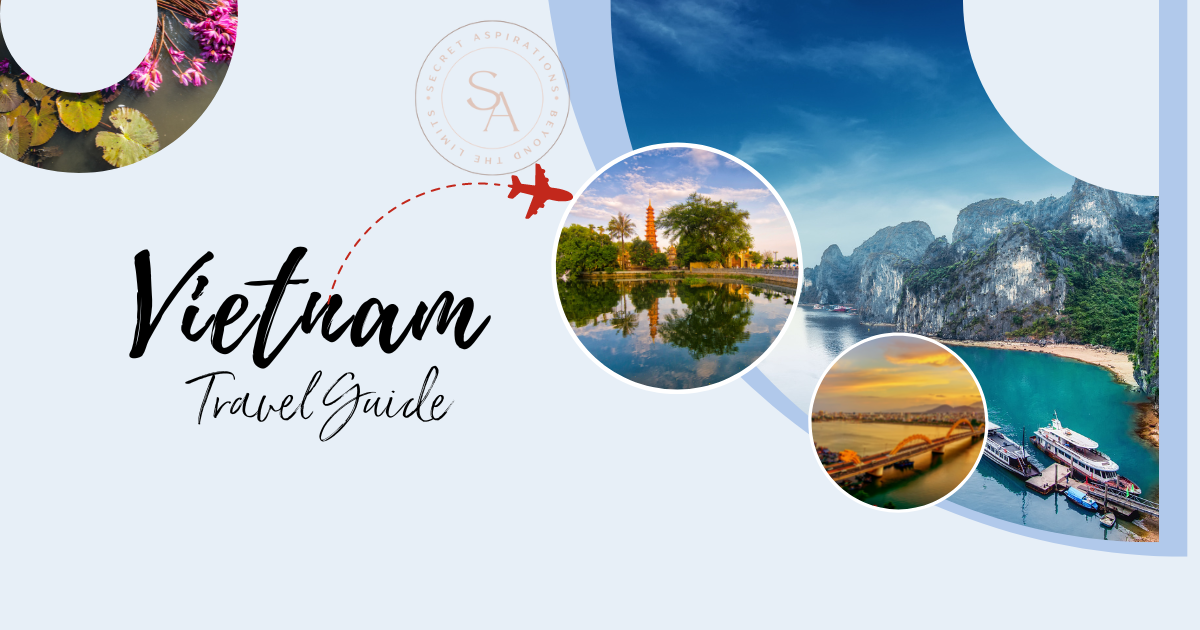 Vietnam, without a doubt, is a distinct country to travel to. It is brimmed up with arguably countless destinations from traversing the world’s largest caves in Phong Nha National Park to witnessing sunrise in Mui Dien and Halong Bay and beholding the attractiveness of the lantern festival in Hoi An. Vietnam is also famous for its Vietnamese cuisines which are insanely mouth-watering and has diverse flavors and complexity and you can definitely not miss them.

If you are planning to visit Vietnam and want to get essential information before reaching the destination, this comprehensive Vietnam travel guide can be helpful. A well-planned trip brings a good experience and helps to explore fully without any major problems.

The capital city of Vietnam is called Hanoi. Towards the north of Vietnam lies China and it shares its borders with Laos and Cambodia in the west. On the south side, it shares its water borders with Thailand through the gulf of Thailand. The country has a typical S-shaped pattern. It has a long coastline of approximately 1600 kilometers on its east and is covered by the mountains of Annam Cordillera on its western side.

Most of the country’s population dwells on two of Vietnam’s swampy plains called deltas. They are very fertile and are best to grow rice and other crops. There are two large rivers, the Red in the north and the Mekong in the south in Vietnam.

Most of the population in Vietnam resides on these deltas in the countryside but recent years have witnessed people shifting to Vietnam’s largest city Ho Chi Minh and some are moving to its capital city Hanoi. Vietnamese enjoy the beautiful lifestyle and love different kinds of sports like volleyball, tennis, and soccer. Learning martial arts is also very popular among the individuals of the nation. Tourists can enjoy a lot of delicacies in Vietnam as they generally eat food that is a fusion of Thai and Chinese. Officially the country has no religion.

Things to See and Do in Vietnam

“Explore The Nation of Rivers”

The Best Time to Visit Vietnam

Vietnam experiences varied changes in weather and not all seasons are suitable to visit Vietnam. If you are planning to visit Vietnam then you should take into consideration that there is a temperature difference between the north and south of the country. In case you are scheduling a visit to the north of Vietnam, then the best time to visit is spring. The spring arrives in the month of March and resides till April. The weather is quite amiable with moderate temperature and nimble rainfall. The northern part of Vietnam includes cities like Sapa, Hanoi, and Halong Bay.

The best time to visit Hue and Hoi An which are situated in central Vietnam is February to August because after August the typhoon season commences. There is no guarantee when the typhoon may hit as the rainy season lasts till February. The months from February to August experience a warmer climate and this time is suitable for visitors who like warm weather. If you want to travel south to the Mekong Delta then you do not need to worry as the temperature is quite pleasant throughout the year. There may be incidences of floods as rains burst into short showers but it will hardly affect your trip to the country. But there is one thing you must take into consideration before planning your trip to Vietnam the temperature from March to May is agonizing, it can reach up to 40 degrees Celsius. It is very often that I advise readers in my travel guide to take necessary precautions.

I suggest you read this Vietnam Travel Guide and plan your trip to Vietnam before departing from the origin country so that you can explore the attractions of Vietnam without any problem and relish each moment of your Vietnamese tourism.

The official language spoken in Vietnam is Vietnamese. Among many other languages, English is becoming quite popular as it is now being considered the second most spoken language in the country, but still, not everyone is aware of English, especially in remote areas. You may face a bit of difficulty with the language as it is hard to learn Vietnamese. Apart from these two languages French, Chinese, Khmer, and other highlander languages are also spoken.

To avoid difficulties in communication during Vietnam tourism, install Google Translate App (a free application for Android and iPhone users) and download the required language packs for offline usage. This will help you to communicate with Vietnamese people.

In summers, the temperature can soar to 40 degrees in southern and central Vietnam while it can reach its highest at 30 degrees Celsius in northern Vietnam. The summers can become very hot and humid in Vietnam. For tourists, a climate travel guide is important as it can be challenging to know the weather conditions of the country. In summer you can become a spectator of the vibrant nature after rain showers. There is a ghost festival that takes place in August in Vietnam and you cannot absolutely neglect it. It is one of the most significant features of summer in Vietnam.

The autumn in Vietnam begins after the conclusion of summer in September and lasts till November. The temperature loiters between 20 to 25 degrees Celsius and the months are cold and humid with recurrent showers. The best place to visit during this time is the south of Vietnam as the precipitation is withered and it is the best time to visit Ho Chi Minh City and the Mekong Delta. Tourists can especially enjoy hiking during these months. One of the most important features of summers is the celebration of the national day of Vietnam.

The winters are usually desiccated and cold with temperatures not exceeding 20 degrees Celsius. There are many festivals but you cannot fail to spot the Tet festival which is renowned for its musical performances, dragon dances, and fireworks. There are few places in the far north of Vietnam where the snow falls like Sapa so if you have a fascination to watch the snow then you can visit those places. Despite all the fun you must not forget to carry warm clothes.

How Safe is Vietnam for Travelers?

Vietnam is deemed to be a safe country to travel to but you should be aware of the points mentioned below for your own safety:

–> Despite being a safe country to travel to you should know about drive-by stealing. Keep in mind when taking pictures with mobiles or cameras try not to place them far from you but rather keep them near you, as there are chances of being robbed by bandits who ride bikes.

–> Notably, women should be more aware of their purses and should clench on to them tightly so as to prevent stealing because the law of Vietnam would not be able to help them. In the same way, while leaving hotels you should be aware of your belongings, I suggest you lock them in your bags or safe. And women particularly have no problem traveling solo as the crimes in Vietnam are uncommon but still, you should not travel alone late at night after all your safety is in your own hands.

–> Another safety measure that you should follow in Vietnam is not getting scammed by taxi drivers. They can charge you high prices or tell you that prices are fixed and moreover meters can be improvised so you should be aware of your surroundings and the currency can be confusing.

–> Travelers should always remember to book in advance from highly regarded companies in order to avoid tourist scams as the country is still improving its tourism.

The currency of Vietnam is the Vietnamese dong which is mostly used everywhere. In some hotels and restaurants, US dollars are also accepted but I would suggest you not pay them in dollars as you will get less return than what is expected. It is always useful to carry cash to the intended country before departing. But otherwise, cash can be exchanged at banks in Vietnam. The exchange in banks is usually time- consuming and they charge high commission rates. Airports also provide currency exchange but I would propose to not trade money there as the exchange rates are uncomplimentary. The only short amount of money can be exchanged for paying the taxi charges.

You can get the best exchange rate for your money in gold and jewelry shops. They by far provide the best rates as compared to airports or banks.

India Visa For US Citizens
Why Should You Choose Canada for Higher Studies?
Member States of the European Union
Best Tips for US Visa Interview

How Many Days are Required to Explore Vietnam?

If you are planning to go to Hanoi and Ho Chi Minh City, you require 5-7 days. But during this short span of time, you will not be able to cover the entire Vietnam. If you want to cover other cities too, you can expand the duration of your stay and explore various historical places and religious places along with that you can experience the scenic region and the Mekong River Delta. The travelers cover almost all the major sightseeings and destinations in 12-14 days.

Mode of Transportation in Vietnam from Airport to City

There are a number of buses available that can take you from the airport to the city. When you get down at Ho Chi Minh airport you can travel to the city with the help of the most accepted bus which is bus No. 109. This bus is available at both terminals. It can also take you directly to the city center in 45 minutes from Tan Son Nhat airport (Ho Chi Minh airport). The price for the same is 20,000 Vietnamese dong (VND). The bus is well-off and comfy.

I hope this Vietnam Travel Guide will be helpful to you and you will enjoy your trip to the fullest. If you experience something unique from your travel, don’t forget to share it with other travelers by commenting on this post. 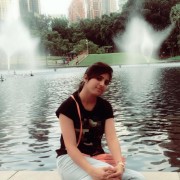 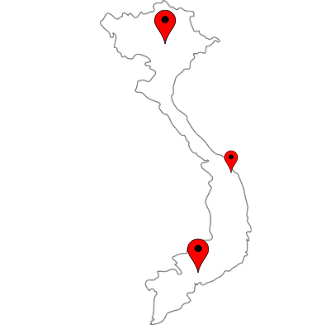